As you know, we were on vacation last week.

Five weeks after my last trip to Vienna, we found ourselves on our way back to this wonderful city.
900 photos and some awesome places visited later, I bring to you our to-do list of things to visit and do while in Vienna. 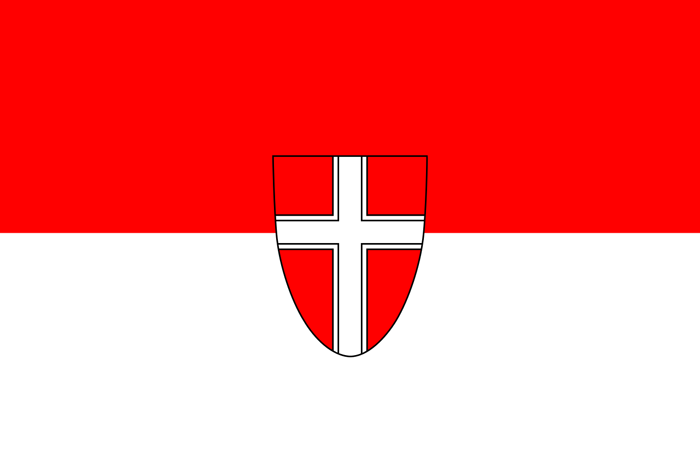 After a very needed long resting night we were fresh and ready to start our adventures in the Waltz capital of the world.

We were staying at a student dorm room not far from the city center (TIP #1: For those of you on a budget, if you travel to Vienna during the summer months it’ll be worth checking the student dorms as they rent them out while the students are away, and the deals are usually awesome!).
As we wanted to see as many sights as possible and our accommodation was close by, we decided to walk around instead of using the wonderful and efficient public transport system.

We started off at the Wiener Rathaus (Town Hall), a beautiful Harry-Potter-like building (a.k.a. Gothic style palace) designed by Friedrich von Schmidt and built in the late 1800s. During the winter months a huge ice skating circuit is installed in the walkways from the park in front of the Rathaus. This time there was a circus…

Tip #2: If you have a chance, do a tour of the inside of the building, it’s just like out of a fairy tale. We were lucky to catch a Open Doors Day, but I’ll tell you more about that another day. 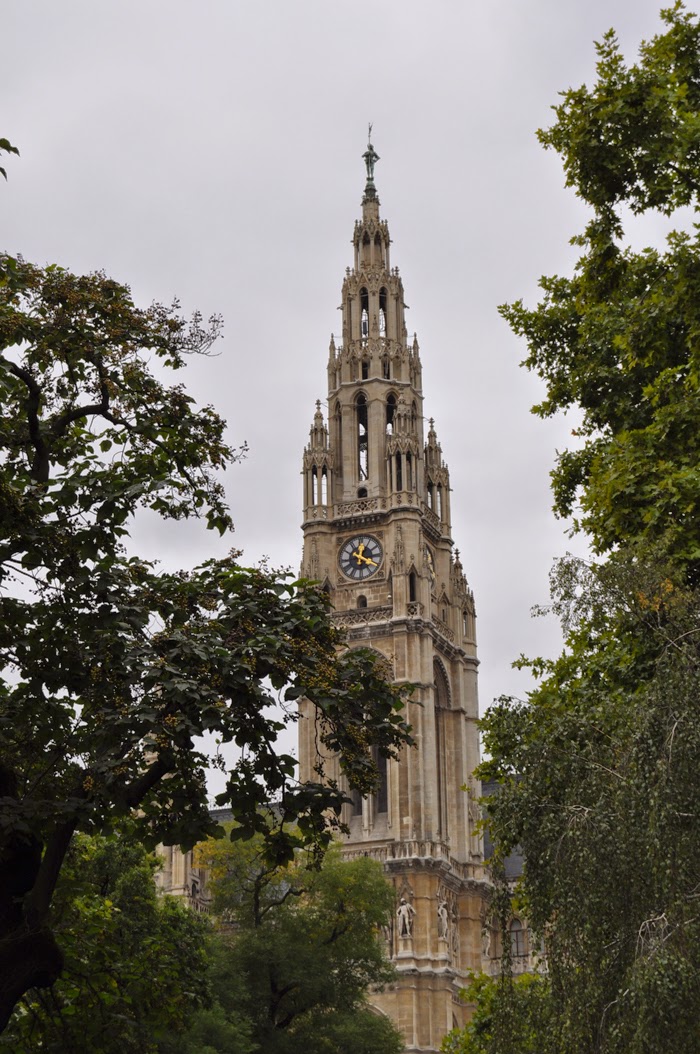 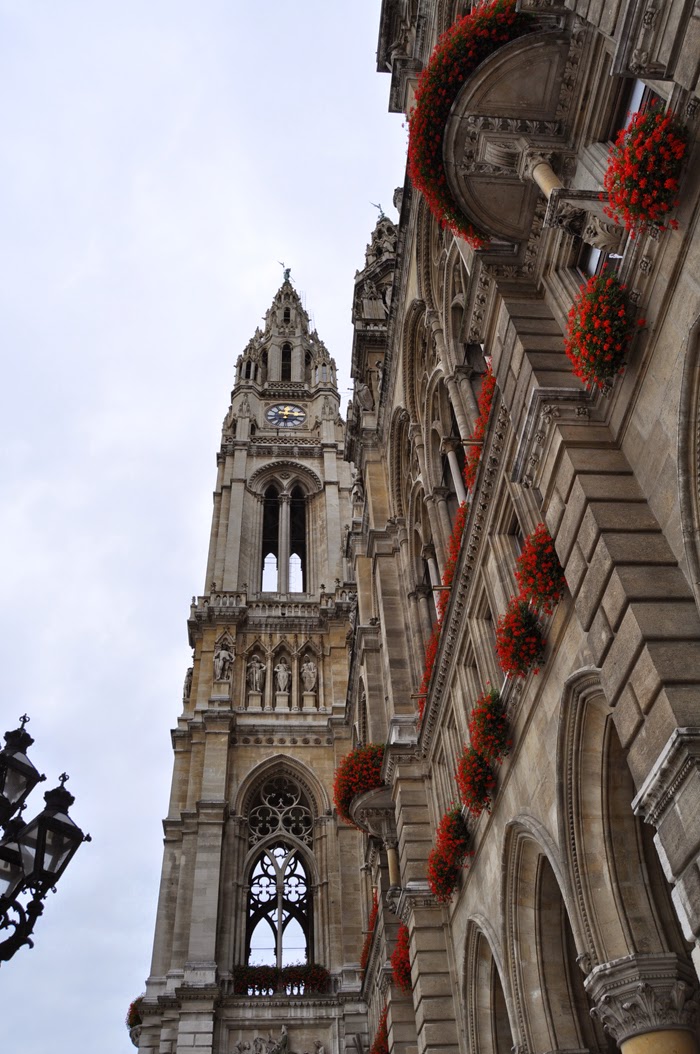 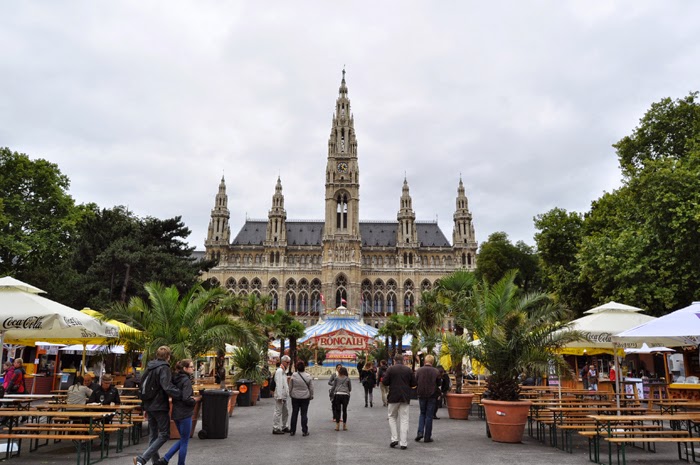 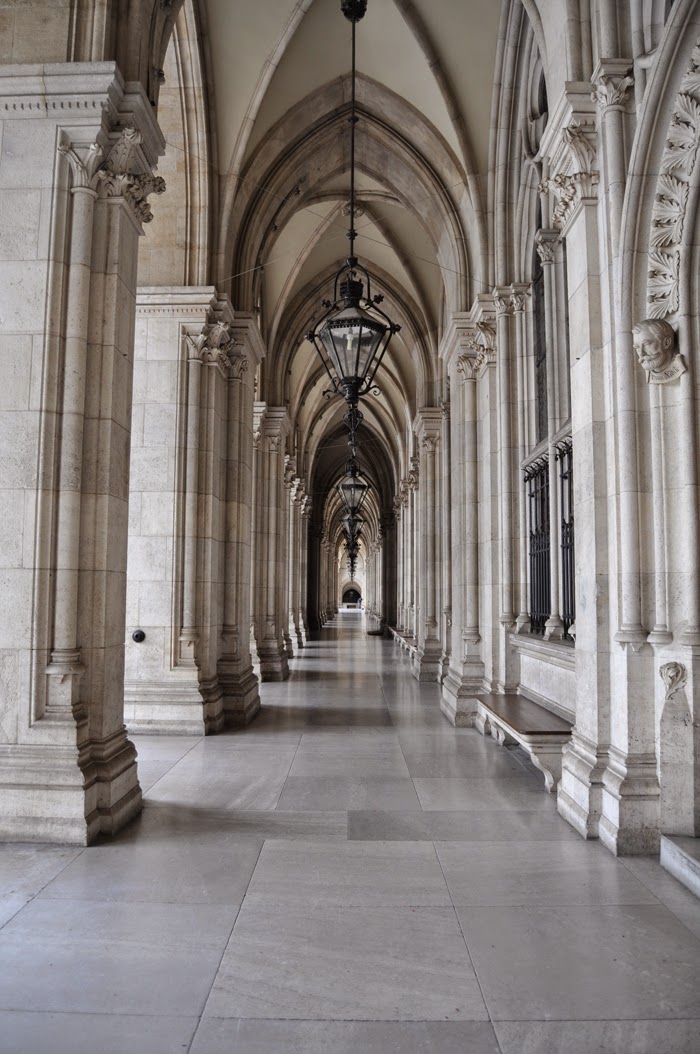 And of course, we had to take a peek at the Burgtheater across the street. 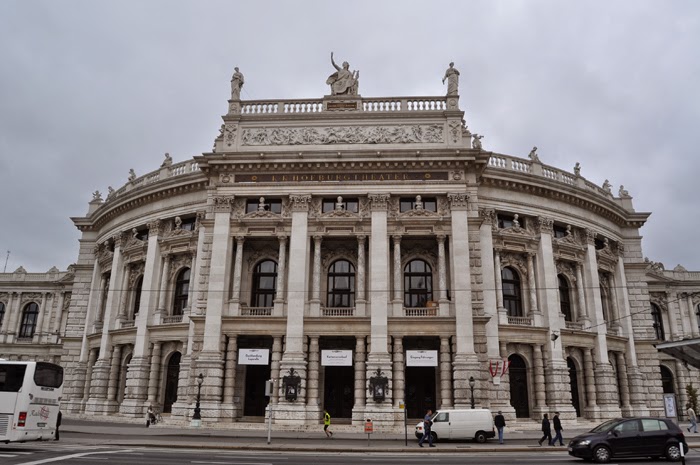 Along the Ring we went (a street that circles the center of Vienna), to reach the stunning Greek revival style building that houses the Austrian Parliament, also from the late 1800s, with its statues of pensive men and the Pallas Athena fountain welcoming the visitors. 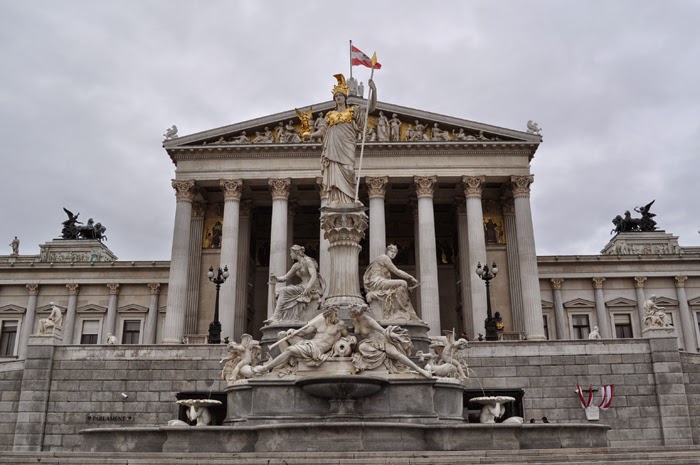 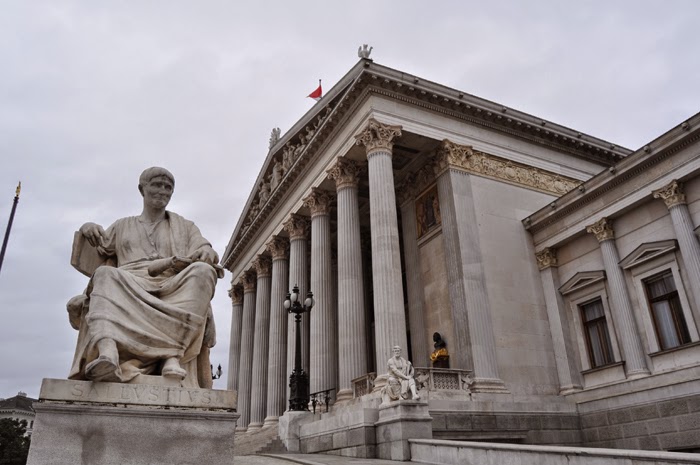 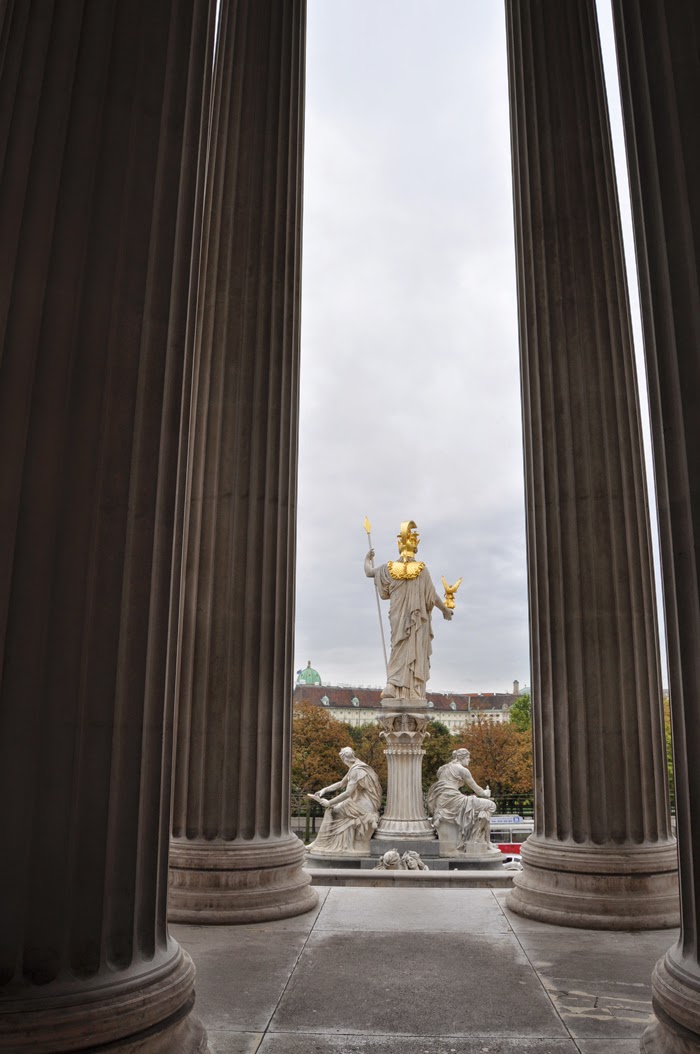 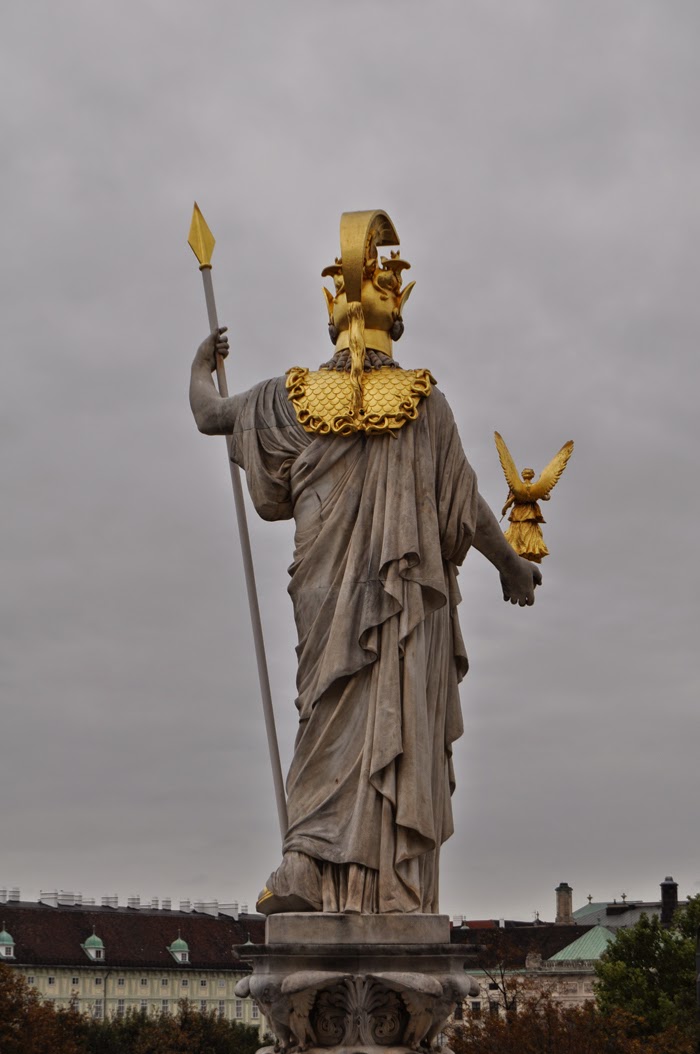 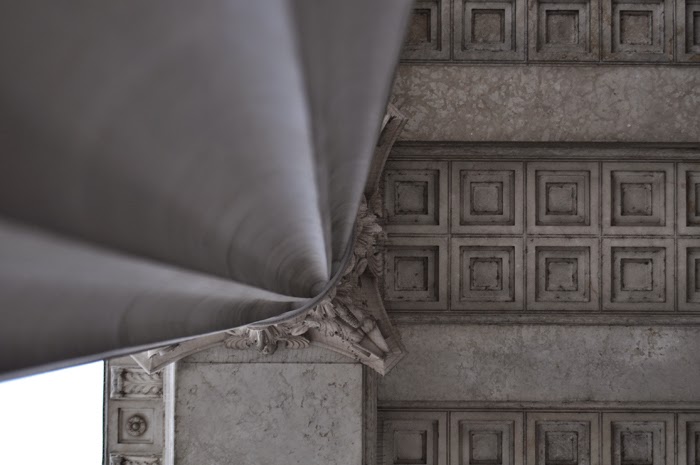 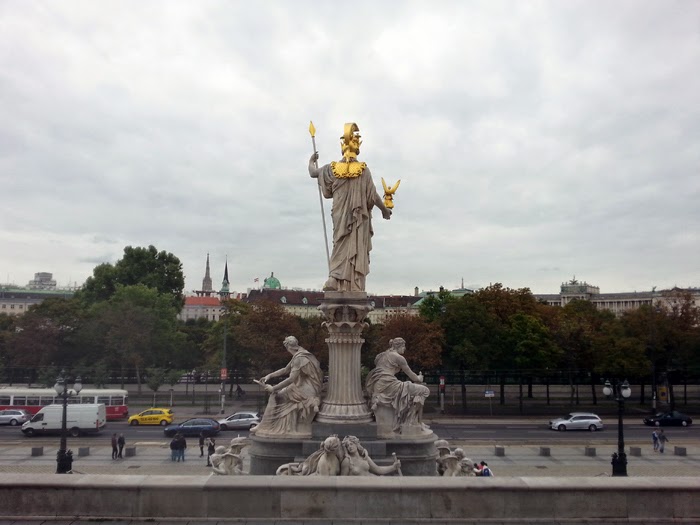 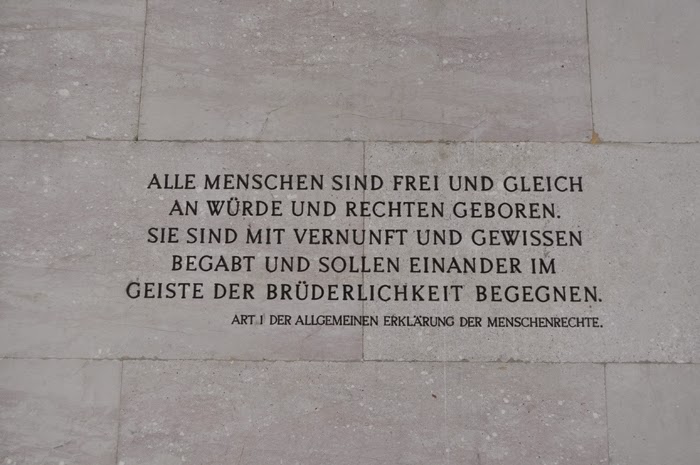 Tip #3: If you are in luck and the Palace of Justice is open (next door to the Austrian Parliament) you can climb up to the the rooftop cafeteria, it has wonderful views of Vienna’s skyline.

Once done with the expected photo session, we immersed ourselves in the beauty of the rose garden in the Volksgarten, across the street from the Austrian Parliament Building. Flowers everywhere. Pink, red, white, yellow roses…Greek-style inspired fountains, statues. 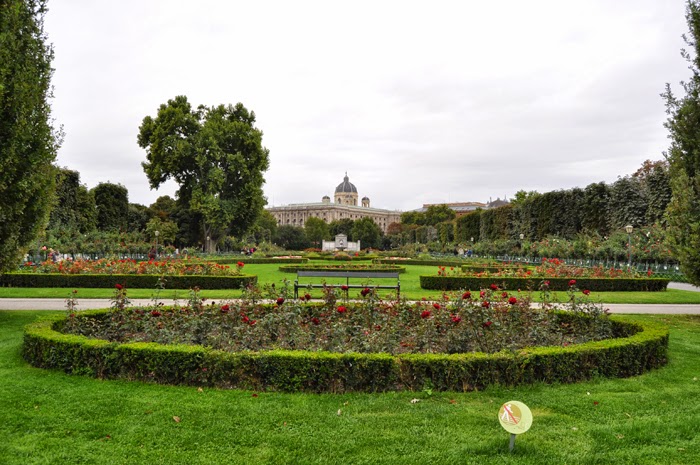 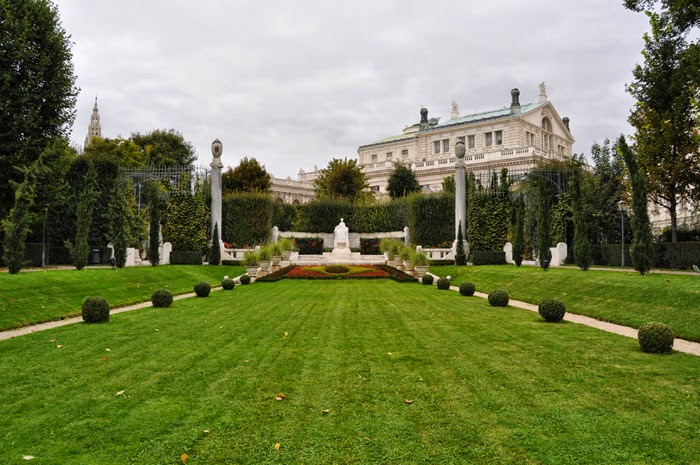 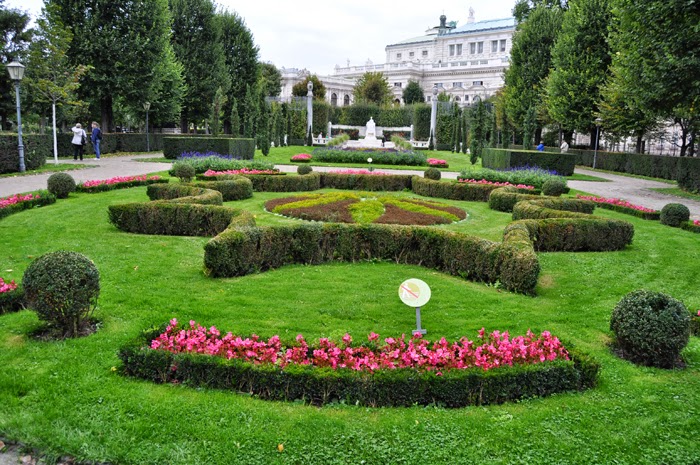 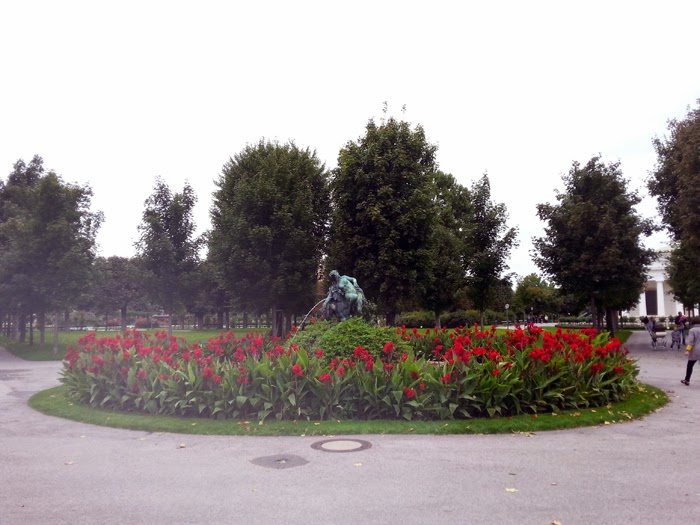 Perfect for a stroll towards Heldenplatz and the Hofburg palace, home to the Spanish riding academy, the Sissy Empress Museum, the Royal Jewels, the National Austrian Library and many other historical moments as well as monuments. 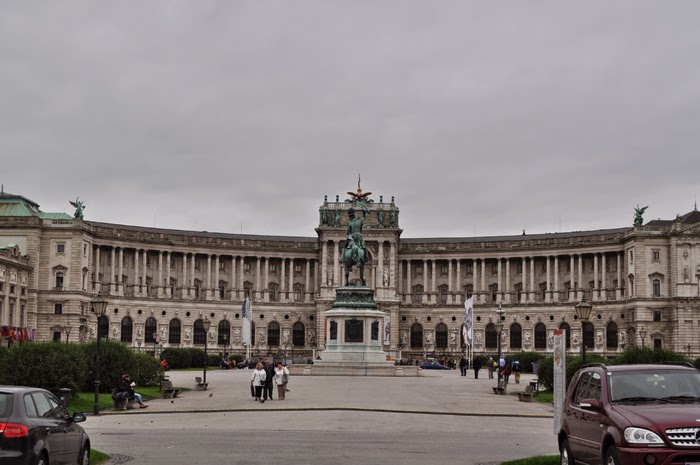 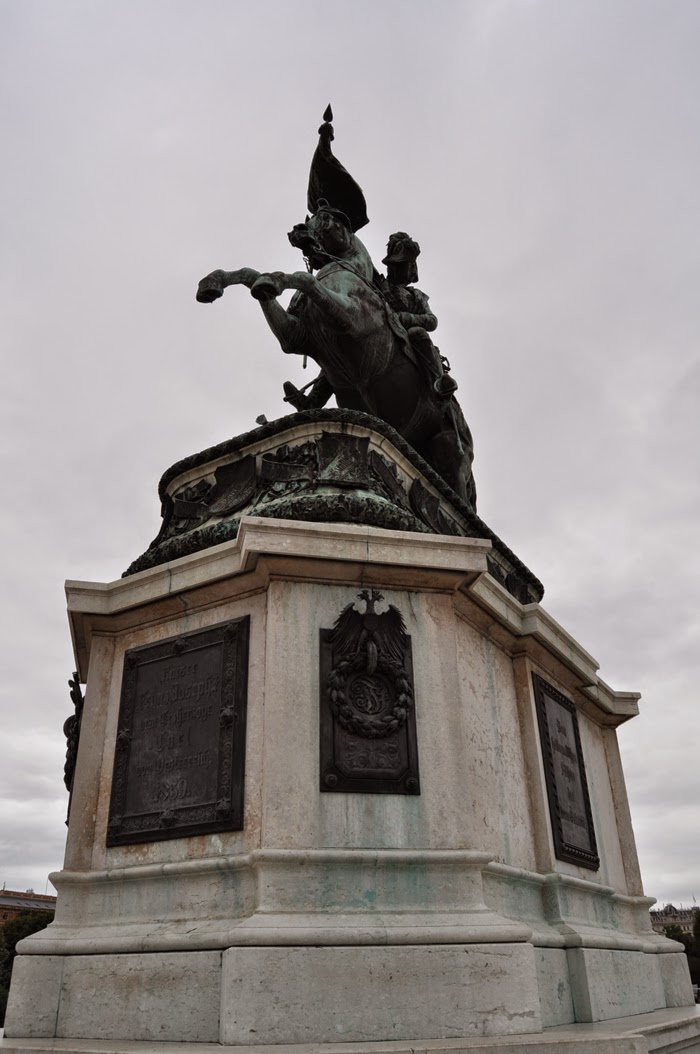 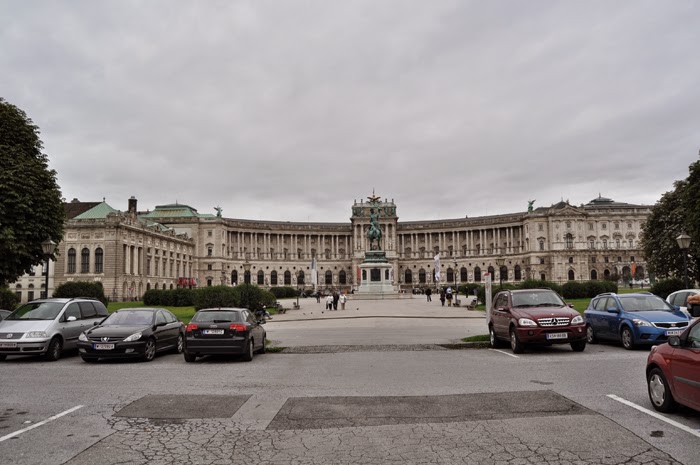 And of course the famous Viennese Carriages tourist love so much. 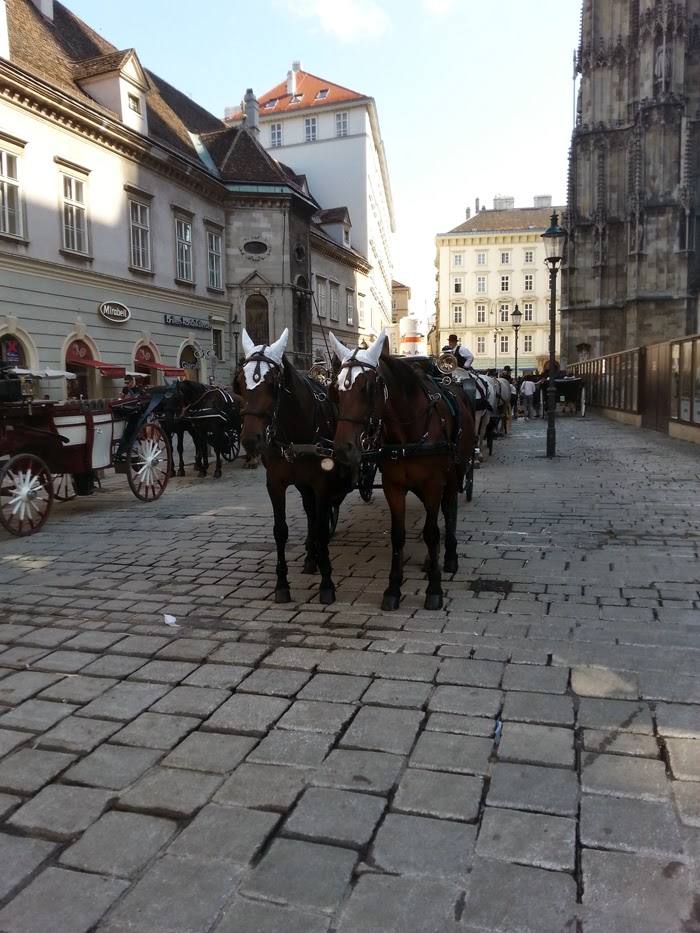 When we reached the Hofburg, we decided to go off-path, which took us to the Burggarten, the famous Palmenhaus Café and the Schmetterlinghaus Wien (The Imperial Butterfly House Vienna) of which I’ll tell you more about tomorrow. Same time, same place!