5 Things to Do in Northampton (Massachusetts)

A few years back I had the chance of spending the summer in the US working at a summer camp. I organised it all through Camp Leaders (I’ll do a full review soon). I wasn’t sure where I’d end but I was in for the challenge. To my delight, I was hired at a lovely YMCA camp somewhere in Massachusetts (am I the only one who had trouble spelling Massachusetts at the beginning!?)

Anyhow, on one of the days off we had, my lovely American co-counsellor took me home with her, and on a day trip to Northampton. I had never heard of it, but I was curious to explore!

Northampton (in the Hampshire county, Massachusetts) is known for being part of the Pioneer Valley and one of the northernmost cities in the “Knowledge Corridor” (area of congregation of some of the most reputable Universities in the US). With a reputation for being an academic, artistic, and countercultural centre, as well as home to one of the most creative and diverse populations in the United States. Also worth mentioning, it’s one of the most popular destinations among the LGBTQ community.

But Northampton isn’t only a cosmopolitan cultural hub, the nature that surrounds the city, from the Connecticut River to Mount Tom Ranges, allows for idyllic evening strolls or wandering weekend days.
Also, as I found out that day, home to the biggest pizza slices I’ve ever seen in my life! (and only for US$1) at Mimmo’s (71 Pleasant St, Northampton, MA  01060, United States). And yes, I did devour one of them, proof follows! 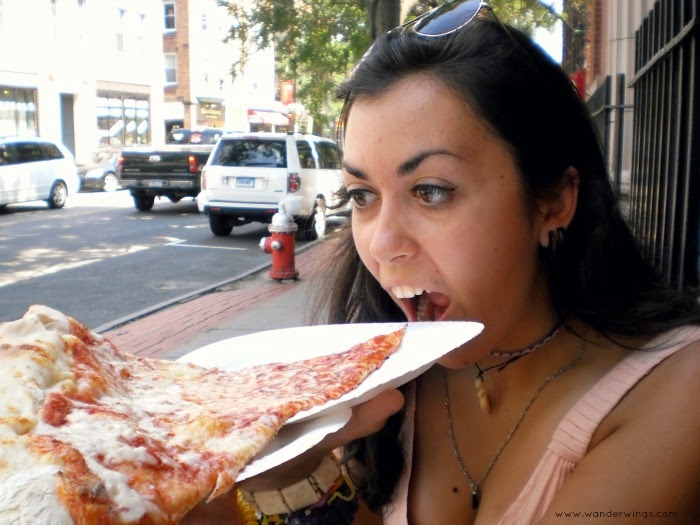 Which had to be conveniently downed by my first ever Vanilla Cola, and my all-time favourite (yet hard to find!) Snapple! 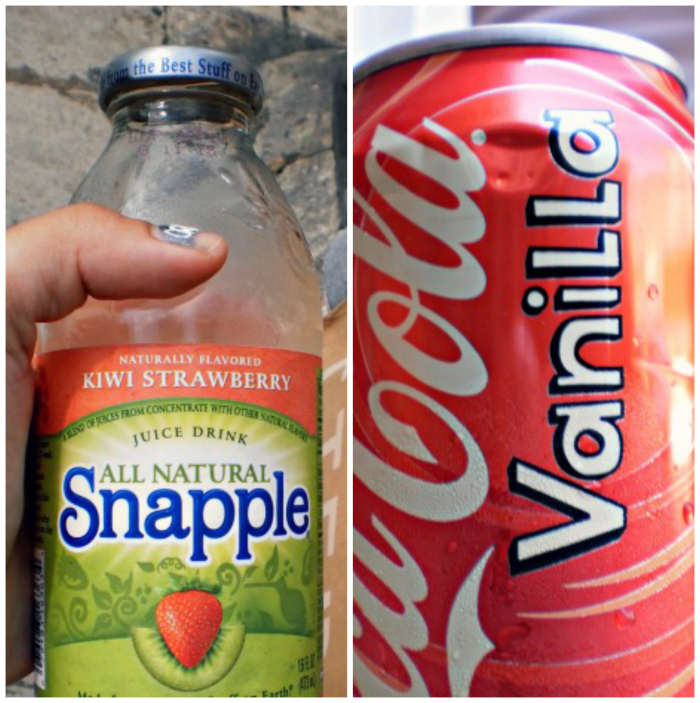 Even though the easiest way to reach is by car, Northampton also has a Bus Terminal and a Railway Station. Bradley Intl. Airport in Hartford (Connecticut) is the closest at 42Km (26 mi) from Northampton, and serves to around 1700 domestic and 98 international flights weekly. Boston Logan Intl. Airport, 172 Km (107 mi) away, is the second closest. 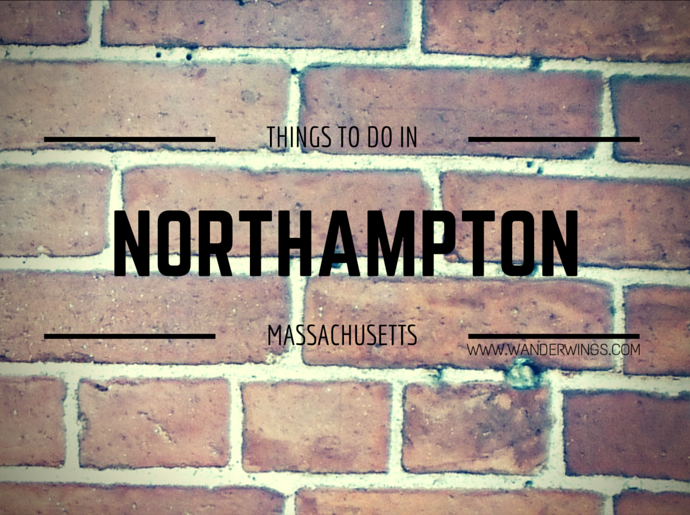 Walk around the historic Northampton

Restaurants, boutique shops for all pockets, and beautiful 19th and early 20th-century historical buildings, the perfect surroundings to walk off those pizza slices from Mimmo’s! And be warned, behind that “good girl” appearance, there is a quirky laid-back attitude in this city! 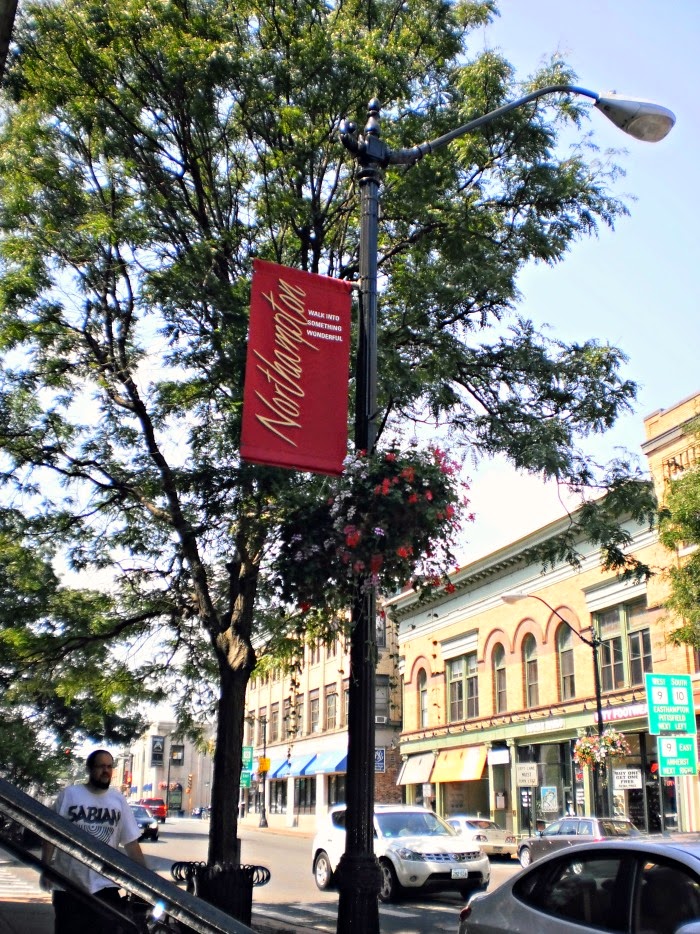 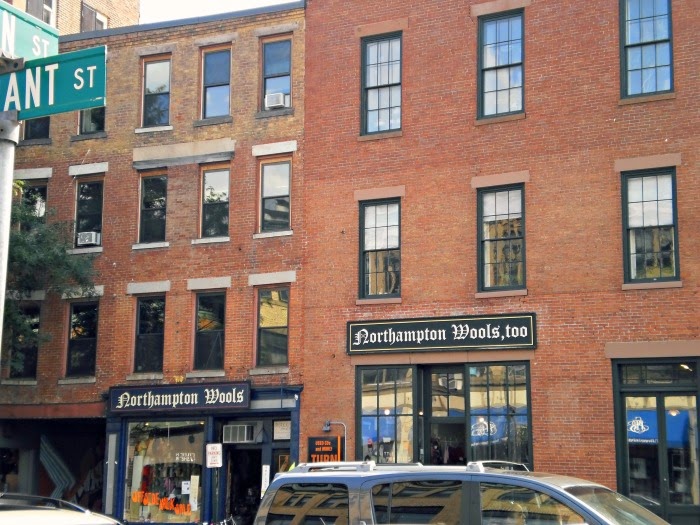 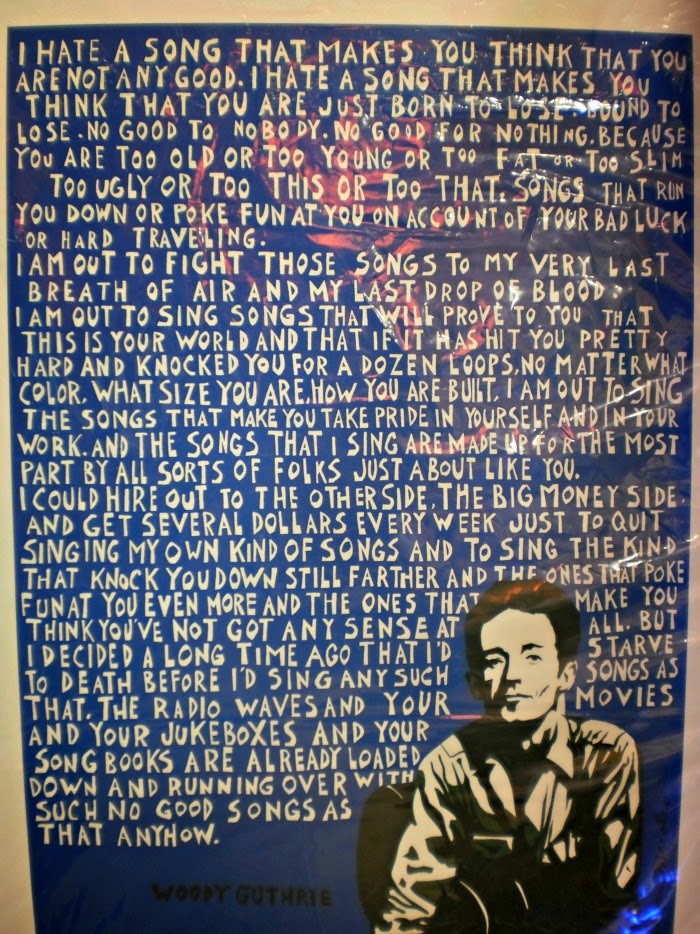 This garden started taking its current form in the late 1800s under the direction of William Francis Ganong (professor of Botany and appointed director of the Botanic Garden), and the head gardener at the time Edward J. Canning. (Interactive map)
Smith’s Botanic Garden has a breathtaking collection of about 10,000 types of plants in around 127 acres of land, including an arboretum and several themed gardens (Rock Garden, President’s Garden, Capen Garden, Woodland Garden, Mary Maples Dunn Garden, and Systematics Garden & Perennial Border).
Highlights of the year as the annual Spring Bulb Show, that opens from the first Saturday to the third weekend of March from 10 am to 4 pm (Fridays, Saturdays, and Sundays until 8 pm). And the Fall Chrysanthemum Show, every November.
Address: 16 College Ln, Northampton, MA 01060, United States
Opening Hours Click HERE

For a fiver (or free if you are a University student) you can get close and personal with works from both some of the most renowned painters in history, like Monet, Cezanne, Picasso, and Corot to name a few, and some less-known but equally talented artists. An incredibly diverse collection. An artistic gem worth discovering.
Address: 20 Elm St, Northampton, MA 01063, United States (GETTING THERE)
Opening Hours:
Tuesday to Saturday: 10 am – 4 pm
Sunday: 12 – 4 pm
Second Friday each month: 10 am – 8 pm (4 – 8 pm FREE ENTRY)

Also referred to as “Look Park” is a nice green area for the whole family, located in the Florence area of Northampton. Donated by the wife of Frank Newhall Look, this 150 acres (61 ha) park opened to the public in 1930. It has it all, from tennis courts and a mini-golf course to playgrounds and walking trails, even its own amphitheatre, where names like Bob Dylan and Crosby played. The Mill river runs through its grounds and a miniature railway operates a 1 Km track with its own tunnel and station. Even your furry friend will love it here. Perfect Sunday escapade destination for those who don’t want to drive too far.
Address: 300 N Main St, Florence, MA 01062, United States
Opening Hours: 7 am to dusk, 365 days (More info on specific attraction times HERE) 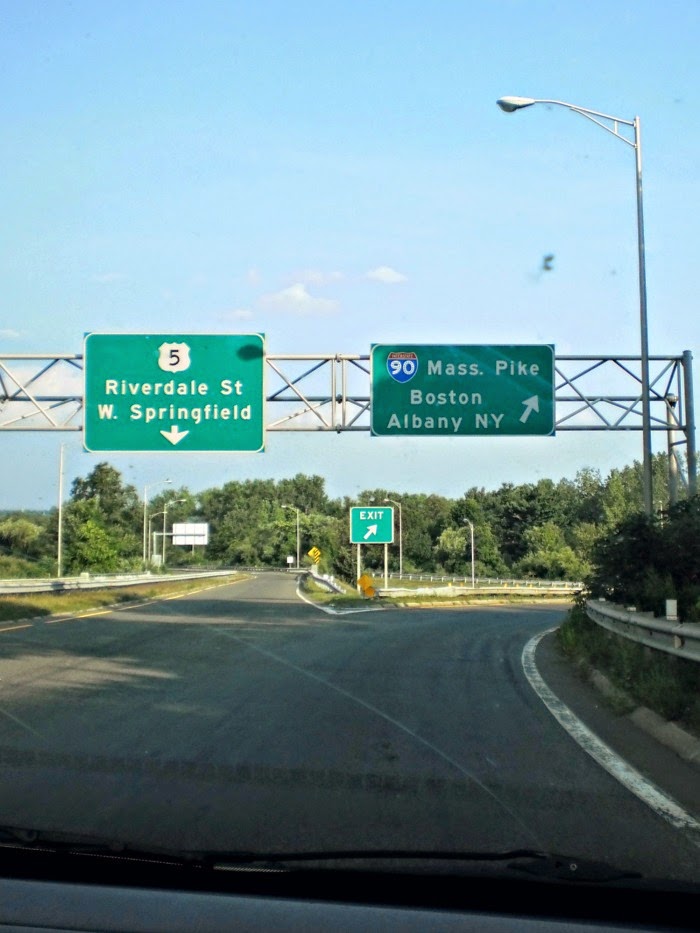 I would go back to explore a bit more quite gladly, but for a day trip, it wasn’t a bad choice either!
Have you ever been to Northampton or any similar small cities worth discovering? What did you like the most? Can’t wait to hear from you, so comment away!